A UNESCO World Heritage Site is a special place with an exceptional cultural, historical or natural significance. The UNESCO agency has listed over 1.000 protected sites from all over the world and 400 of those can be located across Europe and no surprising fact as it’s considered to be the birthplace of the Western culture and civilization. From man made marvels to natural wonder, Europe has its fair share of UNESCO World Heritage Sites almost everywhere you go. If you’re planning a trip across Europe, in hopes of exploring its natural wonders and historic relics, here is a list of Europe’s top UNESCO World heritages sites for you to check out. 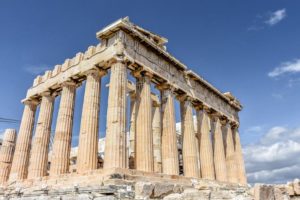 Acropolis – Athens, Greece
Starting off our list with the remains of an ancient citadel, founded upon the hillside in Athens is the ancient Acropolis where tourists can see a number of historical relics and further more enjoy the breathtaking view from above. The Acropolis is one of the world’s most iconic UNESCO World Heritage sites, being home to historic ruins such the world renowned Parthenon, the monumental gateway of Propylaea, Theatre of Dionysus, which is considered by many to be the first theater build in the world and the Acropolis Museum, where you can find many historical relics from ancient times. 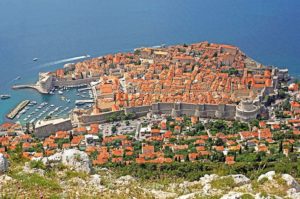 Croatia is one of the most visited countries in Europe and a major contributor for that is the old city of Dubrovnik, filled with some of the most amazing cultural and historic sites from the medieval period. The city has some of the most well preserved architecture of the renaissance, back dropped by the rugged limestone mountains and the Adriatic Sea, Dubrovnik is one of the most beautiful UNESCO World Heritage Sites. Dubrovnik is a home to a number of churches, basilicas and monasteries, but what make the city so glamorous are its fortification walls, which played a significant part in its city’s defense and also in the filming of Game of Thrones.

Venice – Italy
Probably the most unique location on the list is the floating city of Venice, Europe’s most romantic city and a UNESCO World Heritage Site as well. The city of Venice is located on the Veneto region and it’s formed from a staggering 118 islands. The historic center or otherwise known as the main island, dates back to the 5th century AD being home to a number of Italy’s significant historical and cultural sites such as: St. Mark Square, The Doge Palace and The Rialto Bridge. The entire city is filled with canals and bridges and the only means of transport are boats and gondolas. 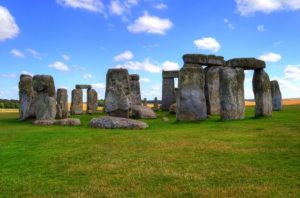 Stonehenge is a prehistoric monument which dates back 5000 years ago in the Neolithic and Bronze Age and earned a spot on the UNESCO World Heritage list, in 1986. The monumental rocks rise as tall as 4 meters to form one of the most sophisticated and famous stone circles in the entire world, it’s a sight full of wonders, attracting many people from all around the world.